Here are the playlists of the music we discovered and curated for the month of January this year. This being a new year, we decided to pledge to only add new music we purchased to bodybyloud.fm stations. We feel this stance goes to show our sincerity in music selections.

Anyone can add music to a playlist and say they love it. However, did they invest in it? Do they love it enough to put money on it? They say that the value of money decreased when it went off the gold standard. Meaning it was no longer worth it’s equivalent in gold.

Could the same be said about music? Is music not worth as much, because we went off the “buy” standard? Would so many people think they were music artist if they were judged strictly by their sales? We may never know in these times.

I want Bodybyloud.FM to be different. I also want to be able to say don’t ask me to spend my money on music you didn’t spend your money on. This keeps people straight up and real.

The Truth about Reverend Ike, Mental Science and the Law of Attraction

Rev. Frederick Eikerenkoetter (1935-2009), better known as Rev. Ike was Minister, Teacher, and Motivator to millions of people for over 40 years. Rev. Ike was teaching the “Law Of Attraction” long before it became popularized by the movie “The Secret”. The bible verse “As a Man Thinketh In His Heart, So is He” is at the core of his teachings. Rev. Ike was influenced by many “New Thought” and Religious Science teachers, such as Ernest Holmes, author of “The Science Of Mind”, Neville Goddard, Emmet Fox, Florence Shinn, Wallace Wattles (The Science of Getting Rich), Joseph Murphy (The Power of Your Subconscious Mind), Napoleon Hill (Think and Grow Rich), James Allen (As a Man Thinketh), and Norman Vincent Peale (The Power of Positive Thinking). (From the youtube channel Rev Ike Legacy)

If you haven’t studied the history of the New Thought movement you probably think all this talk about the law of attraction is some recent discovery. The Secret would you think the science of quantum physics is a new field of study. This is entirely untrue.

Quantum Physics is just the latest term for the study of God. All these people who wish to explain this science are trying to do it without stating this very fact. When you speculate on the workings of the universe you are contemplating the workings of the originating intelligence that created everything in the universe. This originating creative intelligence is God. Plain and simple we are of the universal creative intelligence, not in part but in whole. To try and explain that which is of God without relating it to the creator leaves the science incomplete.

Knowing this is important when you want to understand mental science.

The universe is mind and All intelligence is eternal and has always been here with us.

The line of thinking called New Thought, the Law of Attraction, and Quantum physics are all as old as time. All of them are basically the science of mind or mental science.

The essential truth about mental science has been passed on through the generations in short phrases, epitaphs or Bible verses in sayings such as “Know thyself” which is written on the temples of Ancient Kemet. In the Bible, it is stated in the verse “As a man thinketh in his heart, so is he.” Ancient teachers such as Hermes Trismegistus taught what we would now call mental science thousands of years ago.

The New Thought Movement, which is the predecessor to this current wave of law of attraction and manifesting talk, has its origins in the teachings of a little-known physician of the mid-1800s.

This “Doctor” by the name of Phineas Parkhurst Quimby went about healing thousands of people just by basically counseling them to change what they thought about themselves. With the use of what was commonly called mesmerism or magnetism back then, called hypnosis now, and the aid of an assistant that was clairvoyant under hypnosis, Dr. Quimby performed experiments that lead him to the conclusion that basically, we are what we think.

Several of his patients/students took his teachings, altered them, and began the New Thought or Divine Science movement. This movement spawned many of the great authors on mental/divine science mentioned above.

Reverend Ike, Unlike Most Other Prosperity Preachers, Taught The Real Deal.

He taught that what matters most is what you think about yourself. He taught how you view and approach life is what creates your circumstances. His teachings stated you control your life-view and life approach through your mind. You are the only person who can control your view of yourself and life. Before you can live a better life you have to think a better way.

Reverend Ike taught, I believe correctly, that you must create a consciousness that works to create the life you desire. 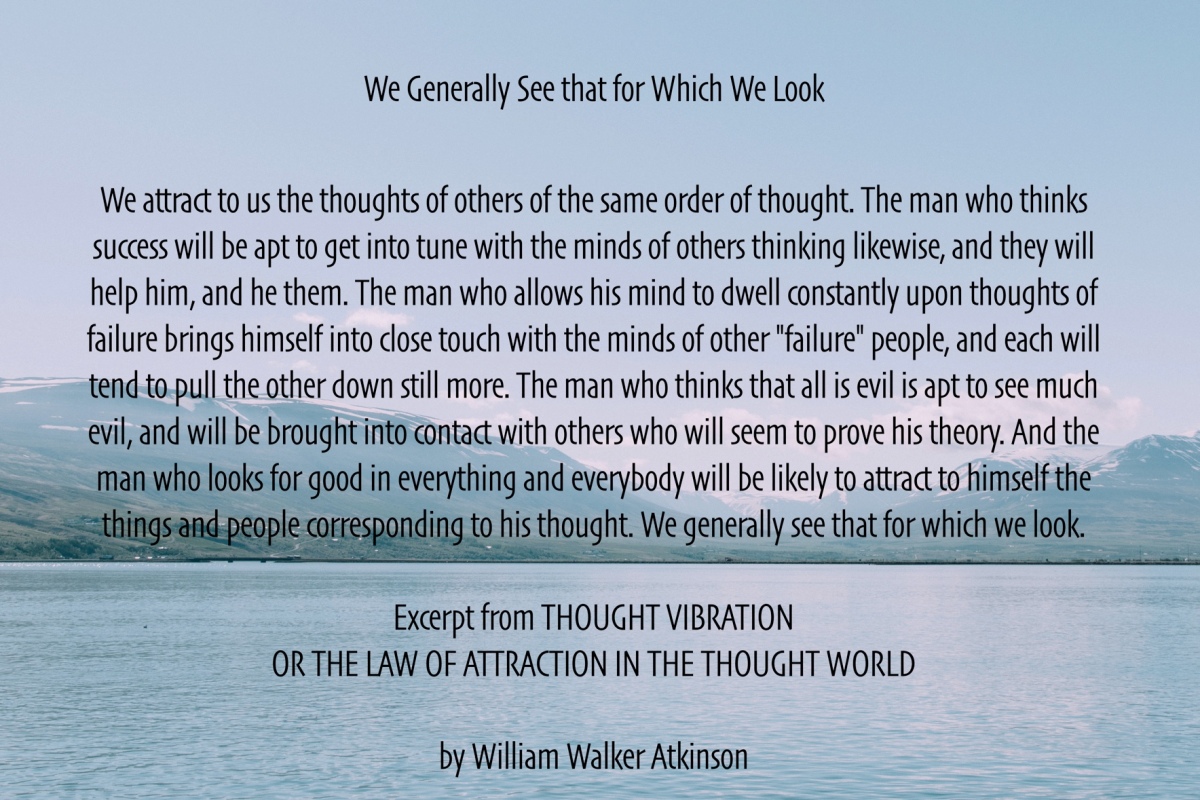 The book, Thought Vibration or The Law of Attraction in the Thought World, by William Walker Atkinson is one of those books that gives me a greater understanding of this thing called “The Law of Attraction”. I’m one of those people who likes to know the root of things or where something came from, so I can better understand where it is now. I like to know I’m not off on a tangent of something that started off one way and got changed into something totally different, like Christianity.  More on that later.  Besides, if  something is righteous then it can stand research or at least some scutiny.

This book seems to be better at explaining the Law of Attraction than any other book I’ve run across since I was introduced to the law. The fact that it was written back in 1906 when the New Thought Movement was in its infancy makes it more up my alley.

I find it interesting Atkinson says we attract circumstances tuned to the thoughts we have. For instance, if I’m mean and belligerent I will attract situations and circumstances that will allow me to express those thoughts and emotions. Anger thoughts, within, attract situations in tune with those anger thoughts, without. Peace within, attracts peace without .

What can we learn from this book?  How can I use this new found knowledge to make things better for myself and others?  These questions are answered with knowing how thoughts create life circumstances.  Just knowing how thoughts affect you life gives you the incentive to keep your mind on the good you want to attract. We primarily learn why to discipline our mind.  Don’t take your thoughts lightly because they DO make your life.

As for the important details about his career thus far, they can be viewed on his Wikipedia page. Don’t forget to suggest/comment what you’d like added to this post. I want these featured artist post to be conversation starters. Check back often.

Per our method of operation, the tracks on the playlists have been added to Bodybyloud! FM.

I’m in the process of transferring many posts from Bodybyloud.com to this WordPress site, and this gave me the opportunity to revisit this album.  The original post was made back when Childish Gambino’s Awaken, My Love! album was fresh on the scene.  It is still the most solid R&B/Soul album I’ve heard since it came out at the end of 2016.  It’s Fresh, Funky, Groovy, Innovative and More.  If there is a more recently released album that hits as hard or better please let me know.  The work is reminiscent of the best ’70s and ’80s R&B/Soul.

This makes it a great time to add the best tracks from the album to the station.  As everyone should know by now, I weed out the track(s) that had the most publicity so the lesser know tracks can get their due.  In this case, “Redbone” is exempted from Bodybyloud! FM airplay but I left it on the Spotify, Apple Music, and YouTube playlists.

“Shake Your Body Down” by Rhemi came on the Pressure Radio station while I was out on a jog.  #Elevated, as usual, it was a good run.  Got it in before it got too hot.  The groove is infectious so I had to add it to Bodybyloud! FM. Enjoy.

Rhemi Music is a production duo and record label based in London, England, with the sole purpose of releasing great quality House music. Behind this imprint and production team, we have one of the U.K’s leading DJ/Producer Neil Pierce, who is also renowned as a promoter for throwing amazing secret studio parties and club nights in London. Producer/musician Ziggy Funk, is well-known for his production work on various labels and DJ’ing across the London house scene, throwing down eclectic sets from house to Funk/soul music. After working together on previous records in the past, the two decided to come together permanently and in the Summer of 2013, the two launched the label. With every release, the team grew from strength to strength and is now recognized as a label and production duo to look out for. The ambition for releasing quality music is at the forefront for these two and you can expect it always.

I’ve always loved the soul and stories I’ve heard in Rick James’ music.  Song like “Teardrops” and “Ghetto Life” are soulful tales in music form.  Now that my consciousness focuses on different aspects of life, I look at things differently and see different things in the same music I’ve listened to for years.   I guess this is why they say “As you change the things you look at, the things you look at change”.

Songs you knew in one sense, take on new meaning when a new mental outlook changes what you see in them.

The song, “Hollywood”by Rick James is case in point.  Before I began reading/listening to books like Creating A Bug-Free Mindby Andy Shaw, the song had an entirely different meaning.

The song is a story of a young man telling his parents he’s leaving home to live out his dream.  A dream is a fantastical desire that appears to be out of this world to the dreamer.

In the song, Rick sings of how he’s always had this dream and how much he’s thought about going for it. He croons on how he sees himself there already. What the life is like there, even though he isn’t even there yet.  He knows he’s going to be there.  This is faith and belief.

He’s there in his mind already.  The first step he has to take to create the life he knows he’s going to have is to have faith and confidence. He displays faith and confidence when he says he’s “going to do good in Hollywood”.  This is referred to as speaking things into existance.

“Hollywood” in this song stands for showbiz success, and his method of gaining this showbiz success will be through his music and the opportunities he’s ready for.

These actions are part of creation.  First, comes the thought or idea.  Then, you visualized what it’s like to have the thought fulfilled.  Seeing yourself living the idea/desire.

Imagining or visualizing the idea in your mind turns the spiritual idea into an order to the subjective mind.  Through the subjective mind, the power of intuition from the Universal Mind is manifested.  The actual steps or actions to live out the desire as a reality are all that’s needed for the desire to become a reality.

With BELIEF in hand, all Rick James had to do was live the life, in other words, make music and intuitively make moves that fulfilled his dream.  The magnificent thing about this is it works for everyone.

Listen to the song and enjoy a story in manifesting 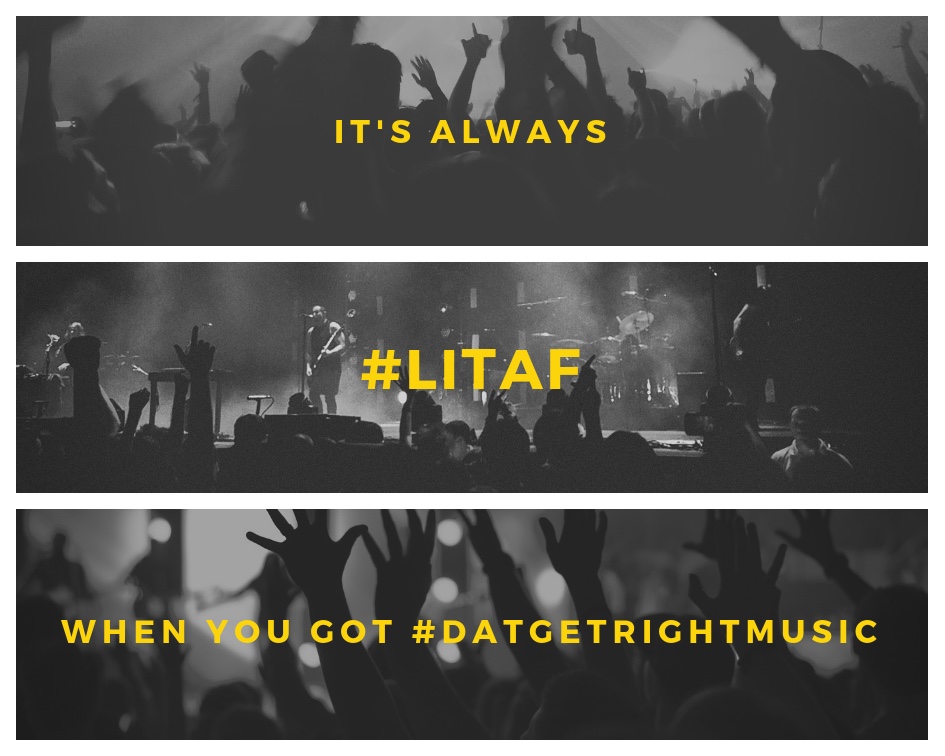